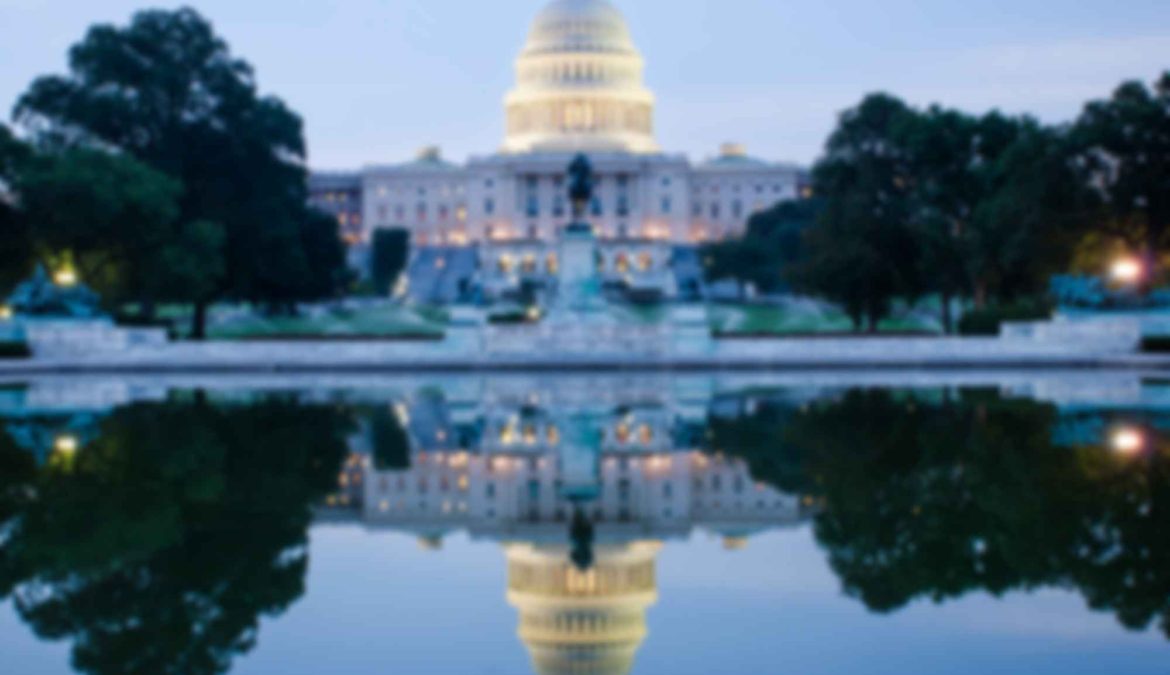 We were finally able to secure meetings with Commissioner O’Rielly and Jay Schwarz (Pai’s wireline advisor) for Friday, July 28.

Prior to heading over to the FCC, we sat down with staff from Senator Shelly Moore Capito’s (R-WV) office.  Capito is vice chair of the Senate Broadband Caucus, a bipartisan coalition of Senators from predominantly rural states whose focus is expanding broadband to such rural and remote communities.

We also had a morning meeting scheduled with Senator Sullivan’s office (D-Ak), as he is the author of S. 875, a bill requiring the Government Accountability Office (GAO) to audit reporting requirements under the USF, and to make recommendations on how to consolidate and streamline such reporting.

After receiving the GAO’s report, the FCC must then initiate a rulemaking to consolidate redundant filing requirements and incorporate any GAO recommendations that would not violate the Administrative Procedure Act.

As the SCC has long been active in this very area, we wanted to sit down with Sullivan’s office and update them on our findings, and progress thus far in accomplishing the goals embodied by this legislation.

While the SCC supports the bill, we believe that a much more effective route to reform is to continue to push for change within the current Administration.

In any event, we had to scrap the Sullivan meeting, as Commissioner O’Rielly had a scheduling conflict arise, and asked us to reschedule.  Thinking this was the more important of the two meetings, we chose to defer the Sullivan meeting to another date and proceed directly to the FCC subsequent to our Sen. Capito meeting.

Joining us in our meetings were Jim and Luke Kail, Dennis Cutrell, Doug Kitch and Chris Barron.

After our Capito meeting, we hurried over to the FCC for our sit-down with Commissioner O’Rielly.  He was accompanied by Amy Bender, O’Rielly’s senior legal advisor.

Ms. Bender asked what the “investments” USAC was putting the reserve funds into, and we responded that it appeared to be purchasing US Govt debt.  O’Rielly observed that he didn’t think that the reserve was what we calculated (despite being taken from USAC reports), and thought that USAC pretty much spent what it collected on an annual basis.  This was, however, an issue warranting further investigation.  O’Rielly’s office was currently in discussion with USAC staff to determine exactly what was going on with respect to the reserve fund.

Otherwise, O’Rielly stated that he shared all three of the SCC’s goals – something we had not heard previously (in fact, some of this was news to Pai’s office, as well).

USF Cap – O’Rielly supports USF relief for RoR carriers, but doesn’t yet know where his colleagues fall on the matter.  In his opinion, the big problems are with the Lifeline program, which keeps growing despite moderate reform efforts.  Similarly, schools and libraries will continue to grow to a $14 billion/year program unless changes are made.

These are politically sensitive programs, however, so O’Rielly didn’t know how far they could get without stirring up the hornet’s nest.  With respect to the high cost RoR side, however, he wants to add money back, but needs to build some momentum for this.

USAC Audits – He was also supportive of USAC auditing reform, and stated that there had to be a way to better target the audits.  He is eyeballing much larger reforms at USAC, such as putting the process out to competitive bid.  USAC keeps growing, in expenditures and employees, yet has little to show for it.

He stated that USAC reform was a priority, and that he and his staff were engaged in the issue.

Regulatory Streamlining – Similarly, O’Rielly shared the SCC’s goals in this area, and indicated that they were active in this issue already (i.e. the July 7 report).  He took the time to look though the reporting audit we provided, and inquired as to why certain items were highlighted.  We responded that we thought those, in particular, were good candidates for elimination or reform.

O’Rielly stated that he thought it took a good three years for reforms to make their way from good idea to actual published and enacted rule change.  Thankfully, much of the groundwork is now laid for reforming the reporting requirements with the July 7 order.  Any follow-on changes will still have to go through the requirements and timelines of the Administrative Procedures Act (APA), but at least the need for change has been confirmed and acted upon at the leadership/commissioner level.

Finally, O’Rielly mentioned that form 477 was coming up for consideration by the FCC.  They expect to soon publish an Advance Notice of Proposed Rulemaking (ANPRM), soliciting comment on switching the filing of form 477 to an annual (and not semi-annual) schedule.  The SCC will prepare and file comments once this period commences.